There has been quite a lot of discussion over the last years about how configuration should be managed as code, be it software settings or infrastructure configuration:

But when one configures an enterprise application, be it an open-source one or something purchased from a vendor, or even a Software As A Service solution, one is guaranteed to end up with all those levers, buttons and knobs to adjust and fiddle with. But that makes sense, enterprise applications need to be tweaked according to each company’s specificities. So the best option is to shove all the configuration possibilities in an maze of screens, tabs, checkboxes and helpful tooltips, right?

I think that is wrong. This way of configuring software is a guarantee that something bad will happen at some point. Even collaboration tools such as Google Apps, who thrive on usability, provide administrators with overly complex settings options hidden deep withing a web interface. Identity and Access management tools such as OpenAM, IBM Tivoli Identity Manager and others suffer from the same plague.

Here’s what the advanced configuration screen for Google Apps looks like. All those tabs and options are only for the GMail section, which gives you an idea of the overall complexity: 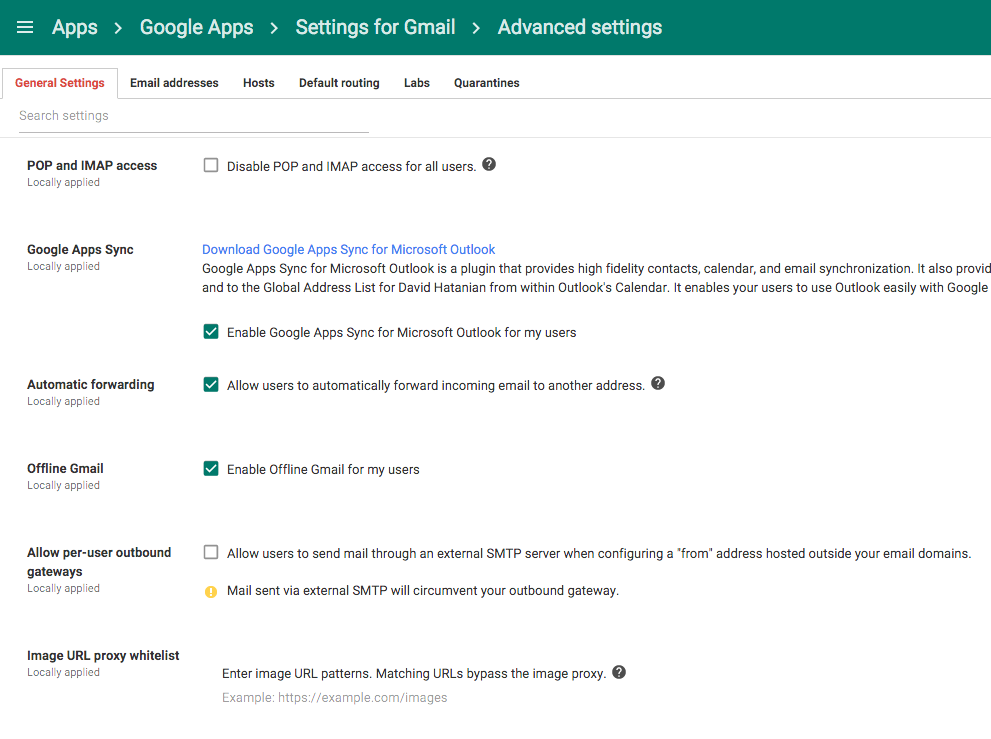 And this how you configure a token-based authentication on OpenAM. An admin needs to go through dozens of those screens filled with fields and not make a single mistake. We are talking about an application that centralizes authentication, mistakes can make all the applications in your information system inaccessible: 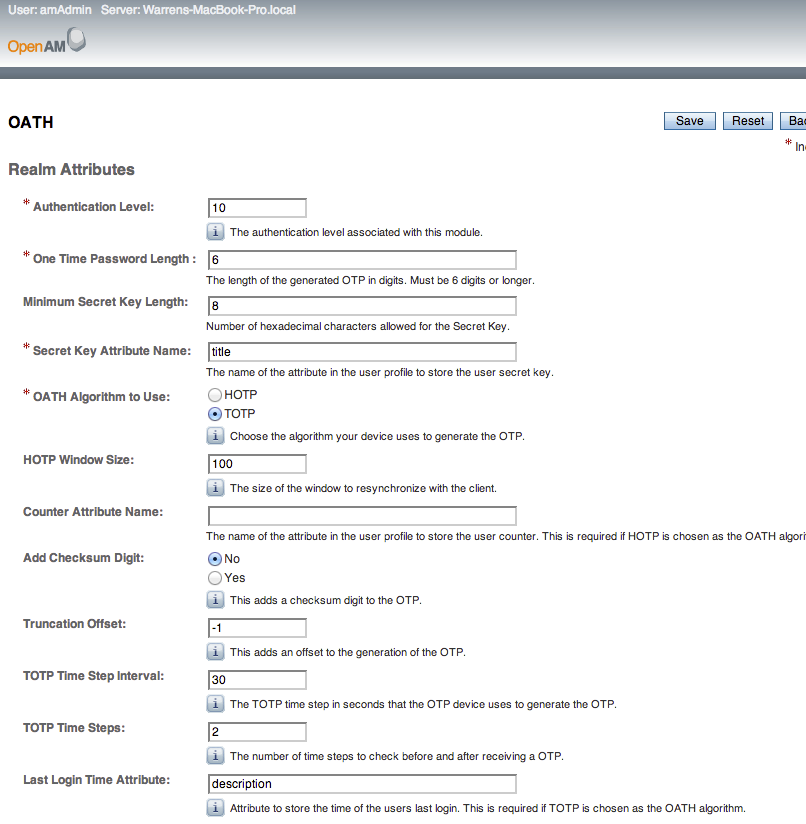 Those configuration screens are wrong on a lot of levels:

We need to configure our enterprise applications the same way we manage other software settings or modern infrastructure: we need to move from an imperative configuration administration composed of manual steps like this:

Change setting A to value X

to a declarative style that basically says:

Here's a complete description of the configuration I expect, now make it happen

The good news is that we already have the tools for this: uploading the configuration as a text file in a simple human-readable format such as json or yaml would be enough. This solves all the issues we’ve seen:

As software engineers, we’ve progressed a lot in the field of ad hoc developments, we have industrialized the way we deploy our applications and manage our servers, we keep most of the configuration safely stored and tracked in source repositories. But when we provide platforms to our customers in the form of enterprise and/or SAAS applications, we still let then manage those like we’re in the 90’s. It is time to provide them with a proper way to manage their IT solutions.